A GREAT AMERICAN TAPESTRY upcoming screenings can be found here. 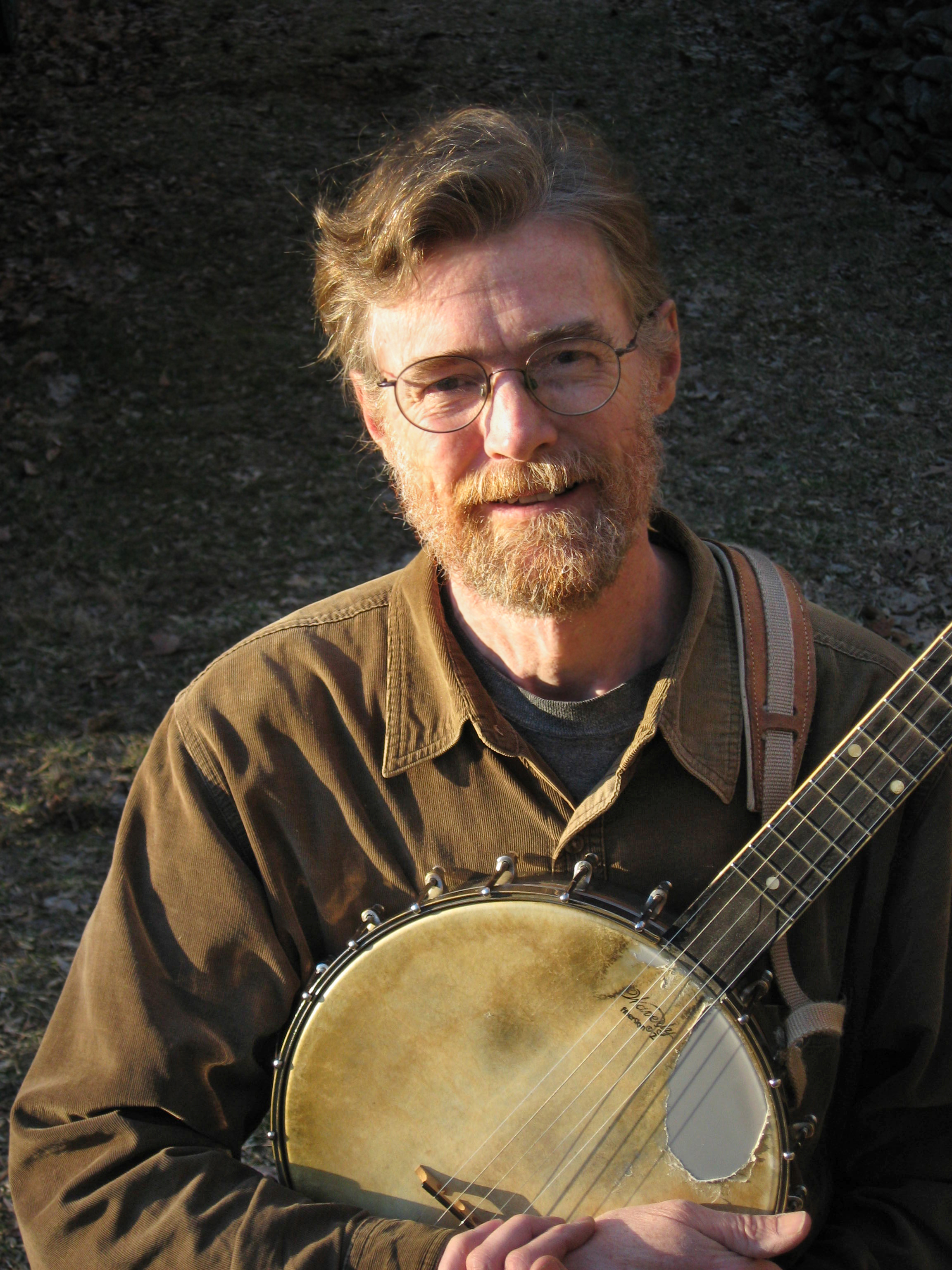 October 12, 2017 - 7PM Warren Wilson College Appalachian Studies Professor and Author, Phil Jamison discusses the music and dance traditions of Appalachia are often portrayed as survivals of an ancient Anglo-Celtic heritage that was brought to the region by the early pioneers. Since the time of the earliest settlers, however, the southern backcountry has been home to a diverse population, which has always maintained contact with the outside world through trade, travel, and immigration.

This presentation, which will include demonstrations of the fiddle, banjo, dulcimer, and flatfoot dancing, will explore the roots of these southern Appalachian traditions and challenge some of the common misconceptions and myths that have long been associated with them. Bo Thomas Auditorium, Blue Ridge Community College.

* A Special Evening with Amythyst Kiah 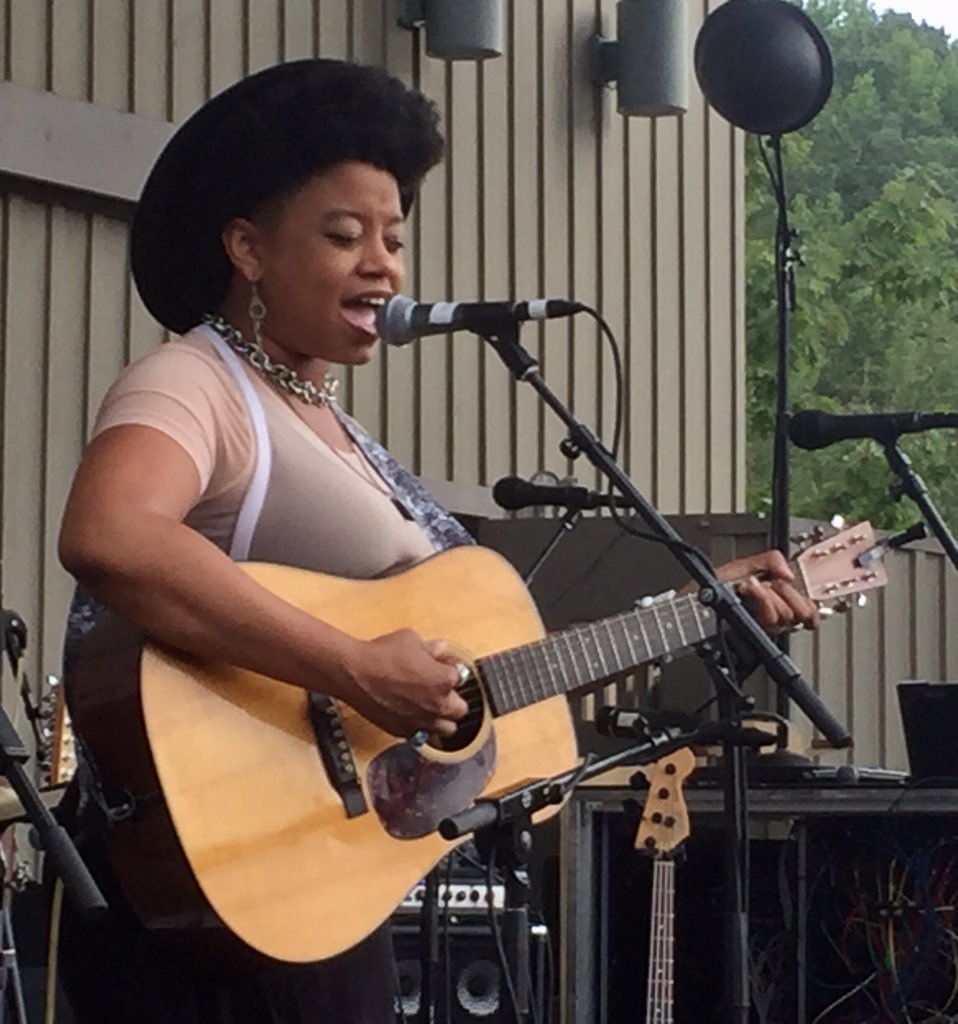 November 10, 2017 - 7PM A professed Southern Gothic songster based in Johnson City, TN, Amythyst Kiah’s commanding stage presence is only matched by her raw and powerful vocals—a deeply moving, hypnotic sound that stirs echoes of a distant and restless past. 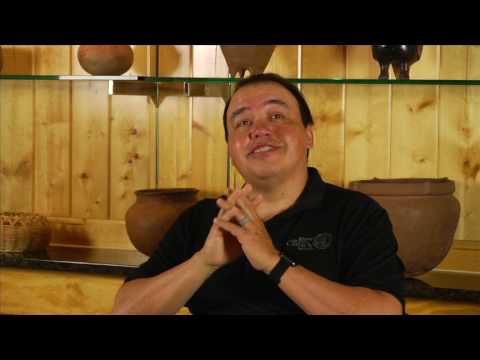 December 7, 2017 - 7PM James “Bo” Taylor’s is an expert in Cherokee dancing, powwow dancing, dance songs, and Cherokee history, culture, and stereotypes. He is the director of the Museum of the Cherokee. Bo will perform traditional dances and discuss the history of the Eastern Band of Cherokee.

* An Evening with Dom Flemons 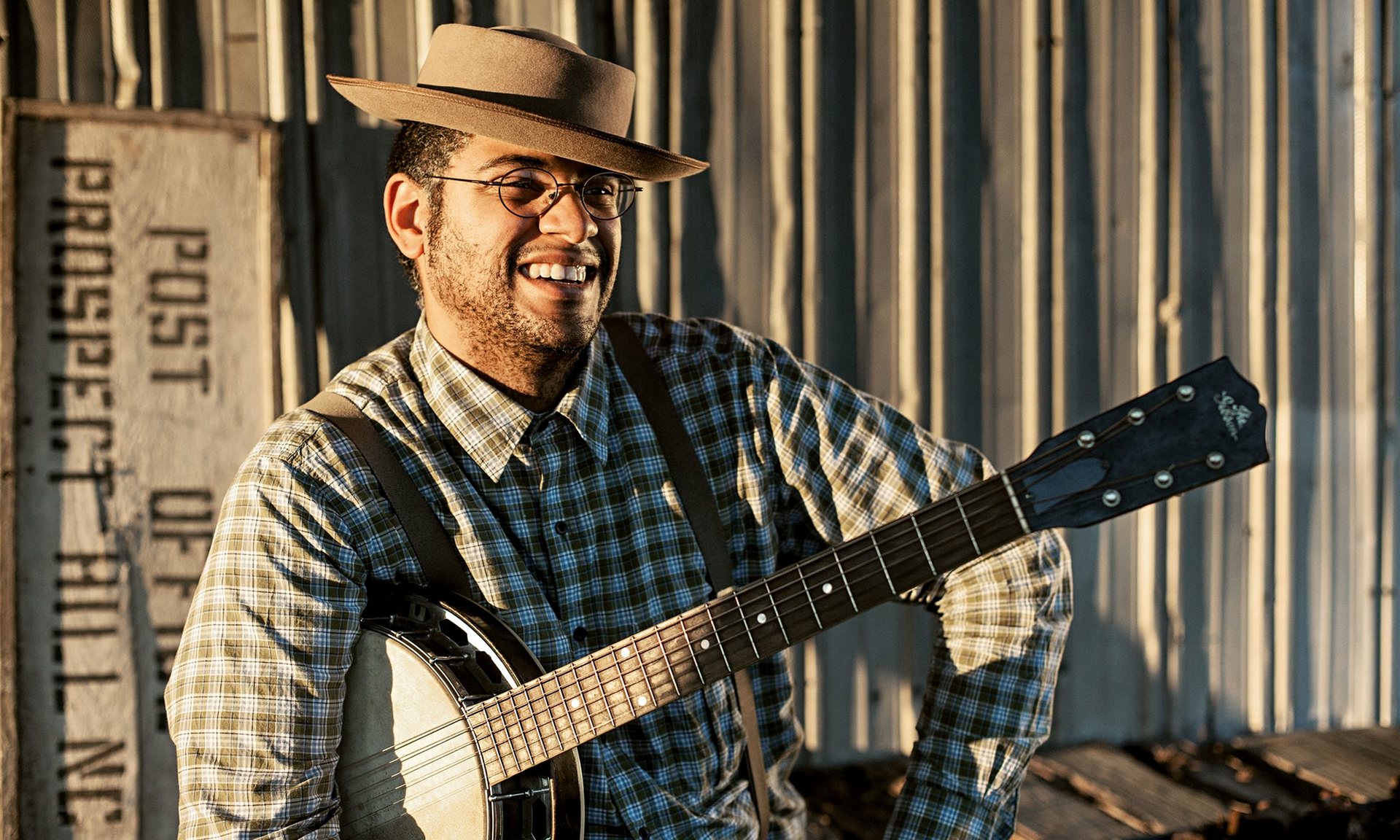 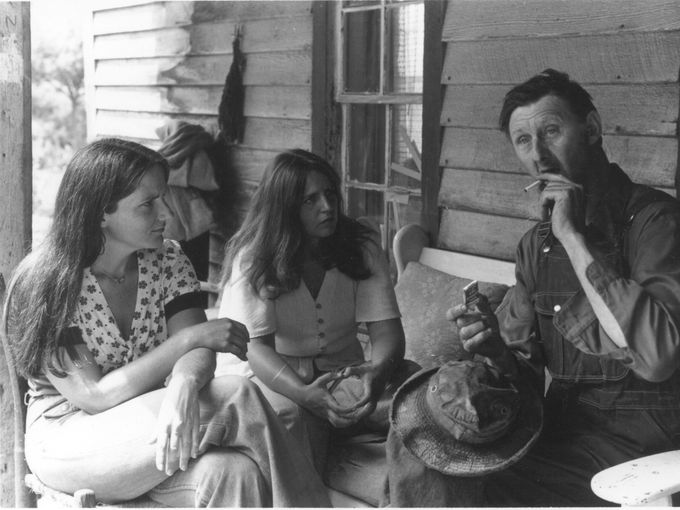 March 22, 2018 - 7PM Join us for an evening of Appalachian storytelling featuring local and regional storytellers and musicians including Pat and Amanda Stone, Frederick Park and Michael "Badhair" Harris. The evening includes stories, music and refreshments. Admission is $10

For information about the statewide 1916 Flood Film Tour, please go to the flood page here. 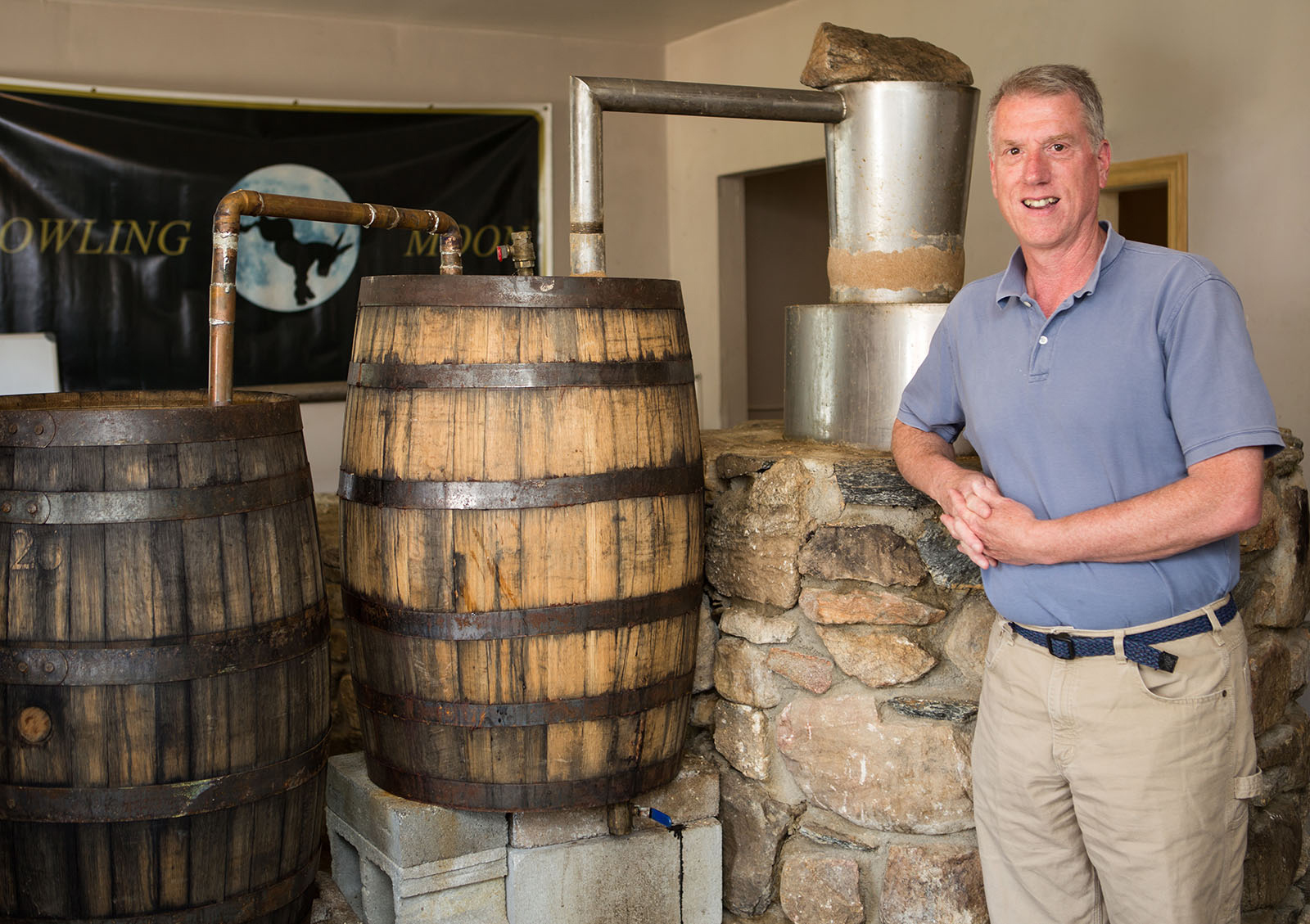 September 22, 2016 - 7PM History Professor and Author, Dan Pierce discusses the connection between moonshining in the mountains and the founding of NASCAR. An intriguing connection between the past and the present. A booksigning of Dan Pierce's latest book on the subject will follow the program. Bo Thomas Auditorium, Blue Ridge Community College. 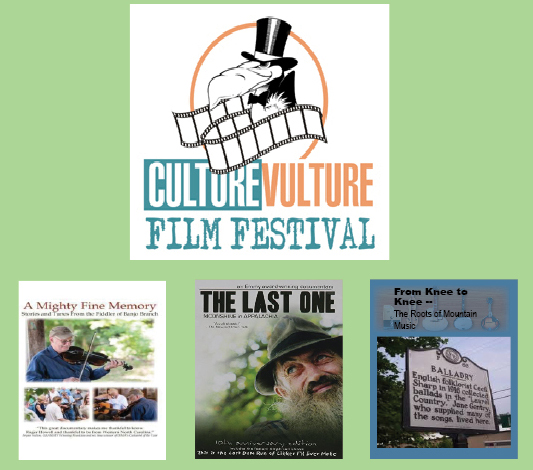 November 4, 2016 - 6PM- Featuring new films, BBQ and music. A fundraiser to support the work of the Center offering a great time for all! New films include a choice of a the preview of the Center’s newest mountain film, From Knee To Knee- The Roots of Mountain Music , A Mighty Fine Memory (the story of master fiddler Roger Howell), The Last One (an abridged version of moonshiner Popcorn Sutton’s story) and much more. Blue Ridge Conference Hall, Blue Ridge Community College. 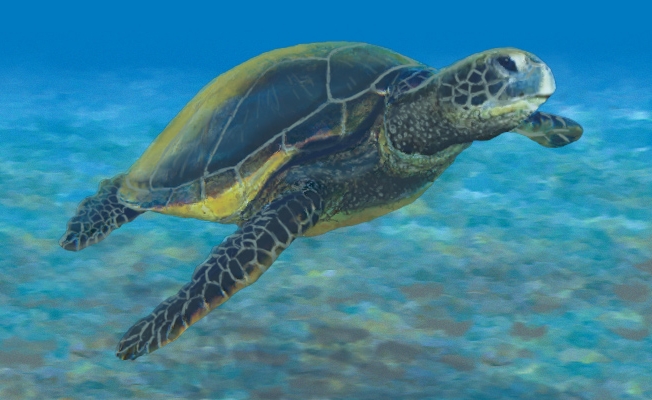 November 21, 2016- 7PM- Featuring a reception, music with Tom Fisch, the PBS Screening of Call of the Ancient Mariner and a discussion with spiritual leaders. A donation of $10 or more. Venue: Unitarian Fellowship of Hendersonville, Kanuga and Patterson Avenues. 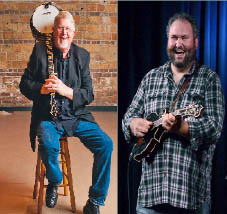 December 8, 2016 - 7PM- The boys of Balsam Range play their award-winning music, tell stories of mountain music past and present and make the crowd roar. A show not to be missed. Bo Thomas Auditorium, Blue Ridge Community College.

* THE SAVIOR OF THE FRENCH BROAD RIVER- Wilma Dykeman 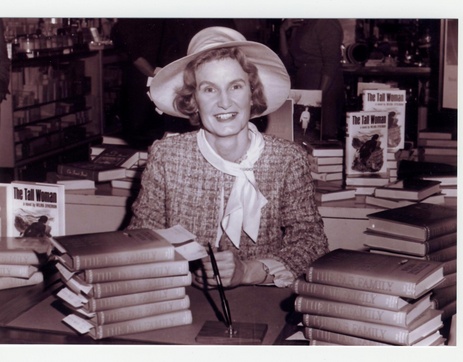 February 23, 2017 – 7PM – Wilma Dykeman is considered the “Rachel Carson” of the mountains. Through her book, The French Broad River, she was able to galvanize the community to turn what had become a sewer system into a protected and beloved waterway. Bo Thomas Auditorium, Blue Ridge Community College.

* Wayfaring Strangers: The Musical Voyage from Scotland/Ulster to Appalachia 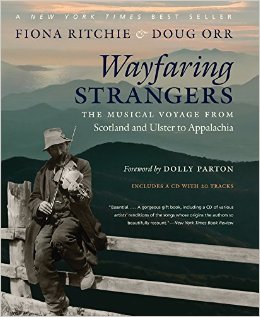 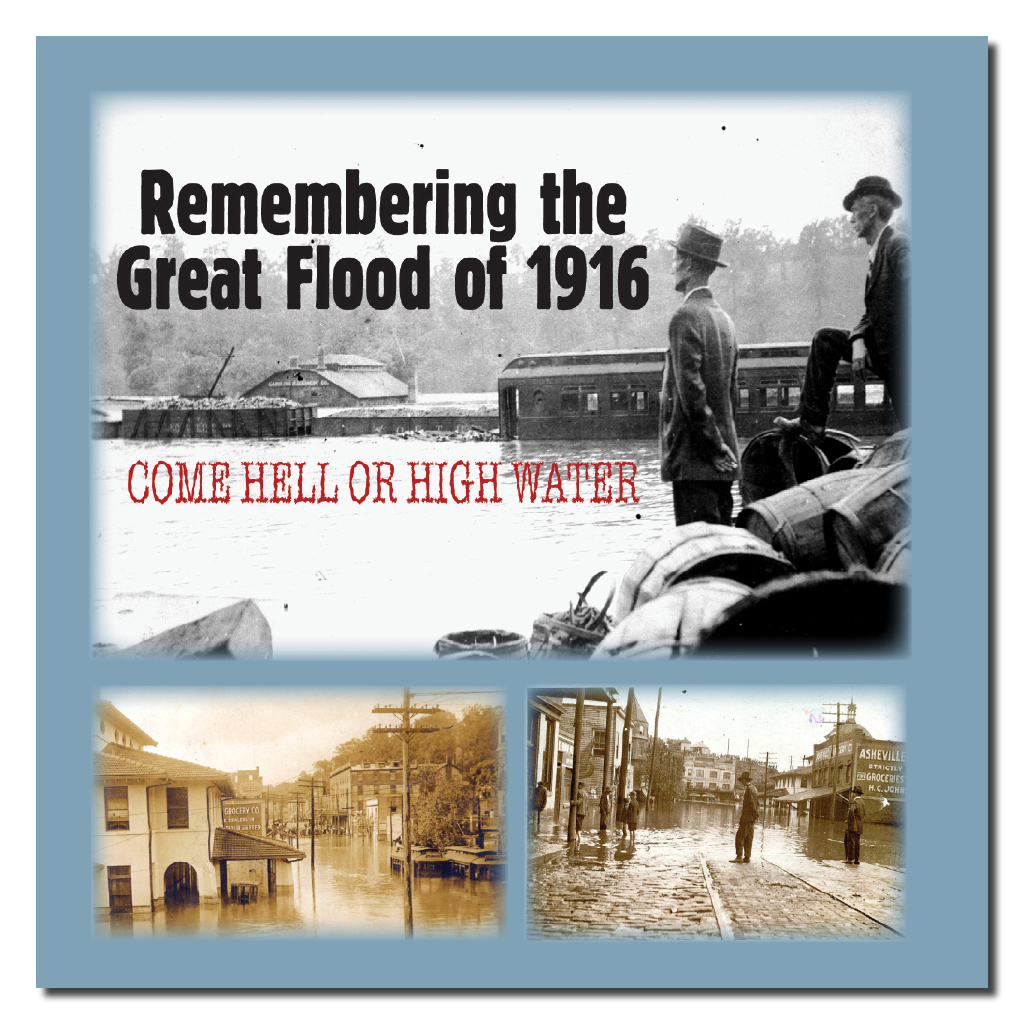 May 6, 2017- 7:00 PM- Celebrate the end of the statewide 1916 Flood Film Tour and help us raise the finishing funds for the new film on the roots of mountain music at beautiful Tiggs Pond with music by singer/songwriter David Wiseman, Rocky Fork Bluegrass Band and more. Light hors d'oeuvres provided by local chefs and hard cider offered by Bold Rock Cidery. Watch the film, Come Hell or High Water and enjoy a discussion with the filmmaker and friends. A donation of $15 or more gets you into the fun! Join us by making your donation HERE
Tiggs Pond Retreat Center, Zirconia, NC.

* WORLD PREMIERE: A Great American Tapestry -- The Many Strands of Mountain Music 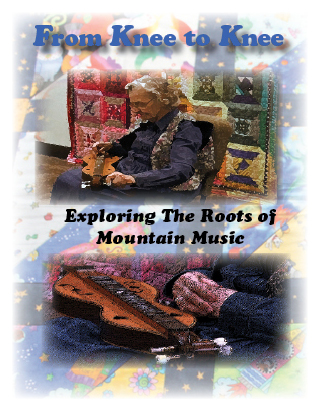 June 22, 2017- 7:00 PM- WORLD PREMIERE: The screening of our new film on Appalachian Music with the working title: A Great American Tapestry-- The Many Strands of Mountain Music, featuring the great ballad singers from yesterday and today, and old-time music performers from the Scots-Irish, African-American and Native American tradition. Discussion with the filmmaker and principal participants follows the film. Bo Thomas Auditorium, Blue Ridge Community College. Register for this program HERE

* Betty Smith and the Old-Time Music Tradition September 17, 2015 - 1PM Betty Smith is one of the keynote saviors of ballad music in the Southern Appalachians who is a ballad singer, a musician, a teacher, a playwright and author. Patton Building Room 150

* Screening of the Film: SONGCATCHER September 10, 2015 - 2PM- Songcatcher tells the story of a musicologist who happens about the rich tradition of ballad music preserved in these mountains and seeks to collect the old songs. The movie provides a fascinating look at the ballad music tradition. Henderson County Main Library Auditorium, Washington Street, Hendersonville

* Culture Vulture Film Festival October 30, 2015 - Featuring three films about culture in the South, live music, food and panels discussions. The films include one on mountain culture, one on Jewish culture and one on African-American culture. Dinner/music 6:00 PM, Films 7:00 PM - Bo Thomas Auditorium. Watch for next year's rendition!

* The History and Music of Madison County (a lecture/class) January 26, 2016 1-3 PM (weather date: February 11th) Joe Penland was born and raised in rural Madison County in the Appalachian Mountains of North Carolina. He is the proud steward of twelve generations and over 350 years of the rich oral tradition of his Scotch and English ancestors. - Blue Ridge Community College. Patton Building Room 150
Register for this program here.

* WNC’s Crowning Glory- The Culture of the Chestnut Tuesday, February 23, 2016 - 7PM A discussion with historians, elders, and the Chestnut Foundation on the chestnut’s role in WNC’s culture and efforts to bring the chestnut back. Blue Ridge Community College- Bo Thomas Auditorium
Suggested Donation: $5 No advance registration required for this program.

* From One Generation to the Next -- A Mountain Music Concert Featuring David Holt and Josh Goforth Wednesday, March 30th, 7:30 PM - Thomas Auditorium. Seating is limited and is expected to sell out.

* Sustainable Living Workshop – Spiritual Gardening and Mountain Wisdom Four Saturdays: 9:30am to noon April 30, May 7th, May 14th and May 21st - Tigg's Pond Retreat Center. Theron Maybin, an eighth generation farmer in Green River will teach the essentials of traditional farming skills that he’s learned from the Farmer’s Almanac, from his experience and from the elders who taught him. Sponsored by Center for Cultural Preservation and Tigg’s Pond Retreat Center. $50 four week session, $15 each session Register for this program here.

* The Great Flood of 1916 Remembrance (film and discussion) featuring the world premiere of our new documentary COME HELL OR HIGH WATER June 23, 2016 7 PM - Thomas Auditorium, Blue Ridge Community College. Remembrance of the Great Flood includes the screening of our new film and a discussion about what happened and what we’ve learned to make our community safer. Suggested Donation: $5. Register for this program before its sold out here.

More flood related program events being scheduled throughout North Carolina in 2016 and 2017. Check back soon!

Programs Currently Planned for the 2016-17 Season include:

Your support enables the Center to continue our work to document mountain culture and ultimately produce continuing series of documentaries and education about culture and nature. To support us, click here.