The Golden Side of the Tracks – DVD or Stream it NOW

Overtown, Miami, Florida is a tale of two cities: a blossoming cultural center of black Miami that was celebrated as the “Harlem of the South” because of its cultural venues and business activity; and a city that was severely oppressed by city leaders and other forces. GOLDEN SIDE OF THE TRACKS tells the story of Overtown’s rise as an important American community, its struggles to regain its footing after the interstate destroyed a major part of its community in the 1960’s and its battle today against gentrification.  Purchase the DVD below or STREAM IT NOW Here

MOONSHINING IN THE MOUNTAINS FILM PROJECT- Premiums for Supporters

The Film Is Moving Along- We Only Need to Raise the Finishing Funds to Get it Done! SUPPORT THE MAKING OF OUR NEW FILM ON MOONSHINE HISTORY AND ENJOY WONDERFUL PREMIUMS including EXCLUSIVE GIFTS SUCH AS OUR SOON-TO-BE-RELEASED Appalachian Storytelling Treasures DVD, Moonshine Mug, Tickets to A Future Concert or the Film's World Premiere, Framed Watercolor Paintings, Framed Nature Photographs, Paddle Tours, and gear including T-shirts, caps, and more.
$35.00 – $1,000.00 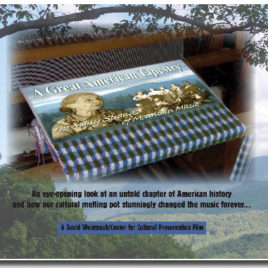 A Great American Tapestry DVD or Stream it NOW

A GREAT AMERICAN TAPESTRY - The Many Strands of Mountain Music is an eye-opening look at music history and how America's melting pot and its cultural tapestry changed the world. The film features ballad singers: Also featured are the founders of the Carolina Chocolate Drops including: And members of the Eastern Band of Cherokee as well as Appalachian music experts Phil Jamison, Cece Conway, Doug Orr and many more.  Purchase the DVD below or STREAM IT NOW Here
$18.00 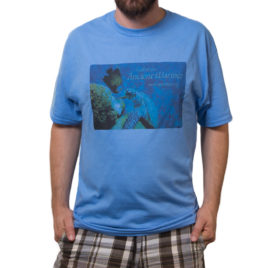 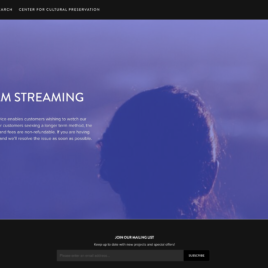 You can now stream the Center for Cultural Preservation's longer films on the device of your choice for short term viewing. Just visit our new Streaming Page, choose the films you want to watch, and enjoy.  (Popcorn not included.  Sorry.) To sign up for our new CCP DOCUMENTARY FILM STREAMING SERVICE visit: https://ccpstreaming.vhx.tv/