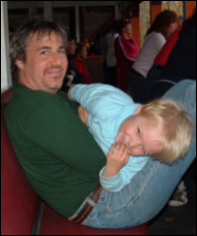 Q: How did this project come about?

Weintraub: When I first moved to South Florida in the 90’s, I looked for remnants of my grandparents’ South Beach. They had come here for decades and all I knew about Miami was from the snowglobes and picture keychains they would bring me when they returned to New York. I knew they were culturally active in Miami because they lived a cultural life in New York, but when I looked for this history along Collins Avenue, Lincoln Road, or Ocean Drive, there was nothing left; no theaters, no choruses, no Yiddish radio or even people with memories of what had gone on. I was told that this lost epoch was just a bunch of old people waiting to die. Somehow I knew it wasn’t true, but I couldn’t find any evidence to the contrary.

Q: What was your first breakthrough?

Weintraub: I met Gary Monroe, a nationally acclaimed photographer, who was a Miami Beach native. He had taken literally tens of thousands of photographs of this era. His meticulous and artistic documentation of the lives of South Beach's Jewish elderly was an amazing testament to the richness of that world as well as a fitting epitaph to its loss as the Art Deco revolution and the Beach's Miami Vice-like transformation steamrolled over their lives. His work, assistance and encouragement helped to catalyze the project.

Q: How long did you research the film and what did you find?

Weintraub: I’ve been researching this since the mid-90’s, but dedicated research to the project began about five years ago. What I found was that South Beach was an amazing tropical shtetl that rivaled anything in New York. What it lacked in size it made up for in scope and depth. Six Yiddish theaters dating back to the 1940s, fifteen chapters of the Workmen’s Circle, (a Jewish cultural institution) starting as early as 1926, a major choral and folksinger tradition that was both cultural and political, Yiddish shulehs teaching children to read, write and speak Yiddish. In addition, there was a great deal of literary activity sponsored by groups like the YIVO Institute for Jewish Research which had a chapter for over 50 years in Miami and other smaller literary organizations including leyen-kraysn and vinklen (reading circles) including the Dovid Pinsky Group.

As time went on, I was fortunate to uncover hundreds of photographs, scores of hours of video, and several hours of priceless reel-to-reel tapes of Miami Yiddish radio recorded at the Blackstone Hotel and at Harfenist Dairy restaurant. And just as important was our oral history project with the old-timers who were the yunge (youngsters) of this era. They spoke with us about their experiences. Some of those we interviewed included Claire Barry of the Barry Sisters, Mimi Sloan and Sylvia Roebuck of the Feder Sisters, Charlotte Cooper a third generation Yiddish actress, Ari Fuhrman and many others.

Q: Why was this era important to remember?

Weintraub: First off, when I got to Miami, there was no institutional memory left that South Beach’s Yiddishland had ever existed which was amazing to me, since it had lasted for 60 years and constituted over 30,000 permanent residents on top of another 100,000 or more snowbirds. The City of Miami Beach had thrown away their photographs and other archival material. The leading regional historians had nothing to say, the Jewish institutions had lost their connection to the cultural heritage of their community’s life. The amazing thing is that because Yiddish culture was such an important part of South Florida’s Jewish history, organizations like the Workmen’s Circle were important components of the Jewish Federation and worked closely with temples like Temple Beth Shalom, Temple Emmanu-El, the Michael Ann Russell JCC and the Cuban-Hebrew Synagogue, yet few in those institutions today have any knowledge of their history.

I guess what I’m saying is that Miami in general is a city without a history and that’s really the story of the film. This is a transient area, the population is constantly recycled and since most of the current residents are from other places, they don’t place any particular emphasis on the history of the place they are living in now. Further, the people who were a part of the vibrant Yiddish cultural legacy did not pass the mantel on to their children and grandchildren. Moreover because many of them were evicted during the Art Deco revolution, there wasn’t much of an opportunity to pass on the history even if they had wanted to.

When we lose our history, we lose an understanding of who we are, where we came from, what the issues were that our parents, grandparents and our near ancestors experienced. Cultural amnesia is a very dangerous thing, because it allows people who are in the business of abusing power and manipulating people to propagate false notions that deny the collective interest that people from many diverse ethnic backgrounds share. For instance, Jews were very active in the civil rights movement in South Florida and many non-Jews worked with institutions like the Jewish Cultural Center that was engaged with social justice issues.

Q: Are there other ethnic groups in Miami that faced a similar cultural vibrancy and loss?

Weintraub: Many. Beneath the white sands and coral rock lie dozens of cultural legacies that few of us have any knowledge of. You can go back to the Tequesta Indians of whom we know little. It is emblematic that Henry Flagler’s first hotel in Miami was built on the largest Tequesta burial ground along the Miami River, the Royal Palm Hotel.

I had hoped that the film would focus not only on Yiddish culture, but also on several parallel ethnic groups that made Miami their home and have since disappeared; unfortunately we did not have the funding to give them the coverage that would do them justice. Hopefully we can find a way to create a series on South Florida’s forgotten cultural world and include them.

Of particular interest to me was Overtown, a thriving community that was originally established by Henry Flagler as a segregated African-American community so that his workers could be close to their jobs, but far enough away that whites couldn’t see them. Despite a great deal of privation, Overtown blossomed into a flourishing mecca of culture where Count Basey, Ella Fitzgerald, Billie Holiday and many others frequently performed. But Overtown also had many schools, churches, a booming business community, it was really a very family-oriented community. Like South Beach’s Yiddishland, it was destroyed in the early 1960’s when the interstate highway, I-95 extension was built directly through their town, destroying 20,000 homes and taking the heart and soul out of Overtown. This is another untold story that needs to be revealed, both because of its beauty as well as its obliteration.

Q: You talk a lot about the loss of cultural communities, but isn’t progress a good thing? Wasn’t South Beach deteriorating before the Art Deco revolution?

Weintraub: Yes and No. I am not against balanced progress so long as economic forces don’t decimate the cultural life of a community. It is true that South Beach was declared a “blighted community” in the 1970s, but this was more a ploy than a reality. The declaration of “blight” was a requirement to get redevelopment funds from HUD. The City of Miami Beach had commissioned a report, which was drafted in 1966 that essentially said that for Miami Beach to progress, the older poor people needed to be removed in order to become a tourist center. Obviously city government couldn’t appear quite that heartless, so in the 1970’s they declared a building moratorium in South Beach banning all new construction, preventing owners from making repairs or improvements to their property. Mix heat, humidity and salt water and wear and tear, and its not surprise that South Beach began to deteriorate. Paradoxically, at the time the city commission declared South Beach blighted, the University of Miami had completed a study on property conditions, which indicated that the vast majority of South Beach’s hotels and apartments were in excellent or good condition. The fall of South Beach didn’t happen because elderly Jews were living there taking joy in the Yiddishland they had created. It was intentionally created.

Back to your question of progress. I think South Beach looks striking today. The pastel colors and neon lights and the palms cast an exotic essence to the area. But it is also sterile in many respects. The question for me isn’t whether development or tourism is a bad thing, but at what cost? We are working hard to preserve the fragile ecosystem in South Florida so that alligators and herons and wood storks can continue to roam free in the Everglades. Environmental managers are working to create a balance between the natural world and eco-tourism and to hopefully establish restraints on big business that have used the everglades for many years as their dumping ground. Can we not find a similar balance between communities that people have lived in for years and the economic forces that seek to change those neighborhoods into the same cookie cutter condos and bland business centers? There has to be a way to preserve the distinctiveness of our cities rather than turning them into Anytown, USA, if we try hard enough.

Q: Why did you name the film, Where Neon Goes to Die?

Weintraub: Lenny Bruce was quoted as saying that Miami Beach was the place where neon goes to die. I thought it caught the spirit of our film. It’s not just about Yiddish culture or even about South Florida, but about culture and its loss and why it’s important to hold on to it. People flocked to America for decades for many reasons. One big reason was the vibrant ethnic communities that dotted the nation and connected people for generations. Culture is what makes us human and when we lose our cultural history, our cultural communities, our connections with the past, we lose what it means to be alive.

Q: What effect do you hope the film will have on its viewers?

Weintraub: I hope it will give them an appreciation for the Yiddish cultural legacy in America. I hope it will show them the power of our ethnic communities across the nation that, since the turn of the last century, made America a model of ethnic diversity. I hope it will inspire people to look at their own heritage, their own communities and say, do we want to allow our neighborhoods to run rampant with McDonalds and Starbucks and Walmarts? How can we maintain the unique quality that makes every town and city special because of their distinct natural environment, their history and the cultural heritages shared by its people.