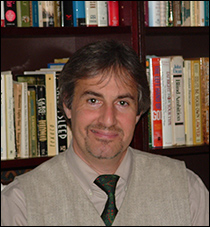 Q: What Was Your Inspiration for the Film?

Weintraub: As I was making my first film, Where Neon Goes To Die , about the Yiddish cultural legacy of Miami Beach, I began to discover an undeniable parallel between the loss of the Jewish community on South Beach during the Art Deco revolution that led to the mass eviction of tens of thousands of elderly Jews and the destruction of Overtown when the expressway extension was built in the middle of their town. What I hadn't realized was the diamond in the rough that Overtown had been for so many decades. It became clear to me that Overtown's history as well as its present were too important not to document.

Q: How Easy Was It to Uncover Overtown's History?

Weintraub: Surprisingly, very little is written about this extraordinary community. Few tangible remnants, photographs or film can be found about the old days. Of course, as many as 40,000 were dispersed from the community as a result of highway construction and urban renewal and earlier attempts to attack Colored Town, so its natural that things and people were lost.

Q: What Was Most Helpful in Retelling the Story?

Weintraub: Dr. Marvin Dunn, professor emeritus at Florida International University was most instrumental. He wrote the excellent book, Black Miami in the Twentieth Century, thoroughly documenting Overtown's extraordinary history. He has been a fountain of information and without his help, this film could not have been possible. Other people invaluable to this project include Paul George, the organizers at Power U Center for Social Change, Miami Workers Center and Take Back the Land. Their continued efforts to fight back to protect this community have been inspiring.

Q: What Were You Trying to Get Across in the Film?

Weintraub: First off, our budget was too small to do what we had hoped to accomplish, i.e. to provide a comprehensive view of Overtown from its beginnings to today. Getting the rights to the small amount of archival footage that exists cost thousands of dollars alone. So we needed to lower our expectations and focus on the most profound issues - that Overtown arose from the forced ghettoization of the black community by Henry Flagler and his railroad people and how the community transformed itself into a hub of black enterprises, churches, schools and entertainment. As a result of their encirclement by the white community that created curfews and controlled where they could travel, Overtown became fairly self-sufficient with seven black newspapers, doctors, dentists, hospitals and more.

Overtown's near destruction is unfortunately a reoccurring theme in American life, that black communities are disposable. Invisible as a source of cheap labor to build our cities and recyclable when land values are worth more than the bodies who inhabit them. The lesson I take from Overtown is not only the continuing disempowerment of the black community but what we all lose when we forget how valuable the Overtowns all across America were to our rich national history. The better we understand the history of our black communities and their substantial contributions to our larger culture, the perseverance of the human spirit against the weight of incredibly destruction oppression, the greater the opportunity we own to right the wrongs in society that push all of us down.

Q: Is There Hope?

Weintraub: Absolutely. With the recent election of our first African-American president of the United States, change seems to be in the wind. But all politics is local. As the face of Washington changes so must local communities re-evaluate their "business as usual" approach to everything from land use planning to gentrification to community and historical preservation. The future of Overtown rests in the hands of the people of Overtown ultimately and to organizations like Power U and Miami Workers Center to keep hope alive and to challenge assumptions that all of the answers lie in the electoral system itself. The most powerful election is one where people vote with their feet, standing up for what's right to insure their voice is heard. That's what gives Overtown hope today in the face of some serious problems. But just as the victories during the civil rights era were won because people united across the ethnic/racial spectrum, the same must be true today. All right-minded people must stand together to protect the entire community and acknowledge those whose sweat and tears helped to build America.